New products this week have seen brands launch better-for-you versions of cozy weekend treats, jump on the sheet pan trend and spice things up with chili-infused honey. Check out this gallery for new items from Ben & Jerry’s and Vital Proteins as well as Jurassic Park-themed packaging from LesserEvil.

Move over, Cherry Garcia. Ben & Jerry’s has expanded its line of ice cream with a new cherry flavor: Cherry Crumble. The new limited batch ice cream variety has a buttery ice cream base mixed with Bing cherries and swirls of oatmeal crumbles. Ben & Jerry’s Cherry Crumble is available at retailers nationwide for a suggested retail price of $5.49 per pint. 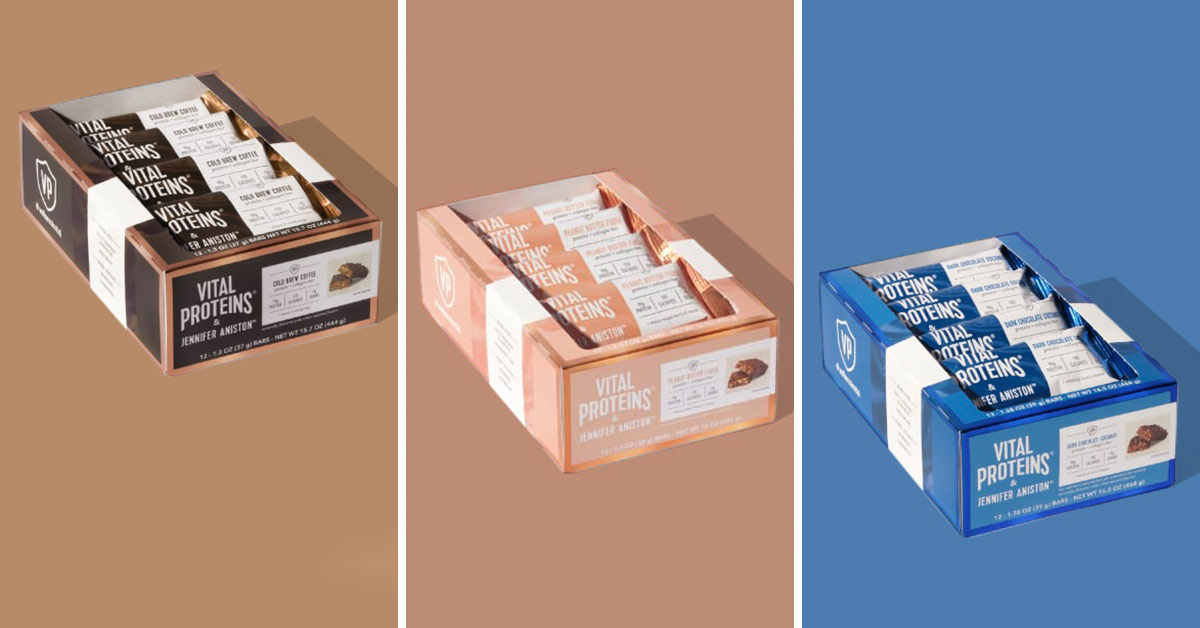 Vital Proteins has teamed up with actress Jennifer Aniston, who is also the company’s creative director, to create a new line of protein and collagen bars. Available in Peanut Butter Fudge, Cold Brew Coffee, and Dark Chocolate Coconut varieties, the bars contain 14 grams of protein and less than 1 gram of sugar. The new varieties will launch at retailers this summer in boxes of 12, boxes of 4 and individual bars. 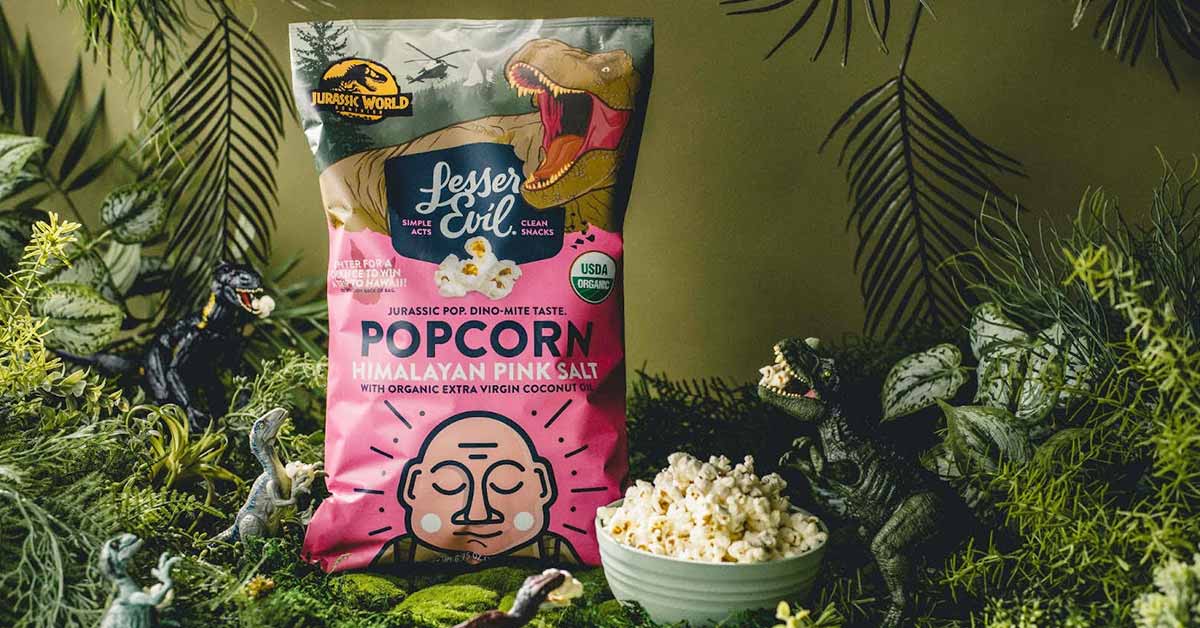 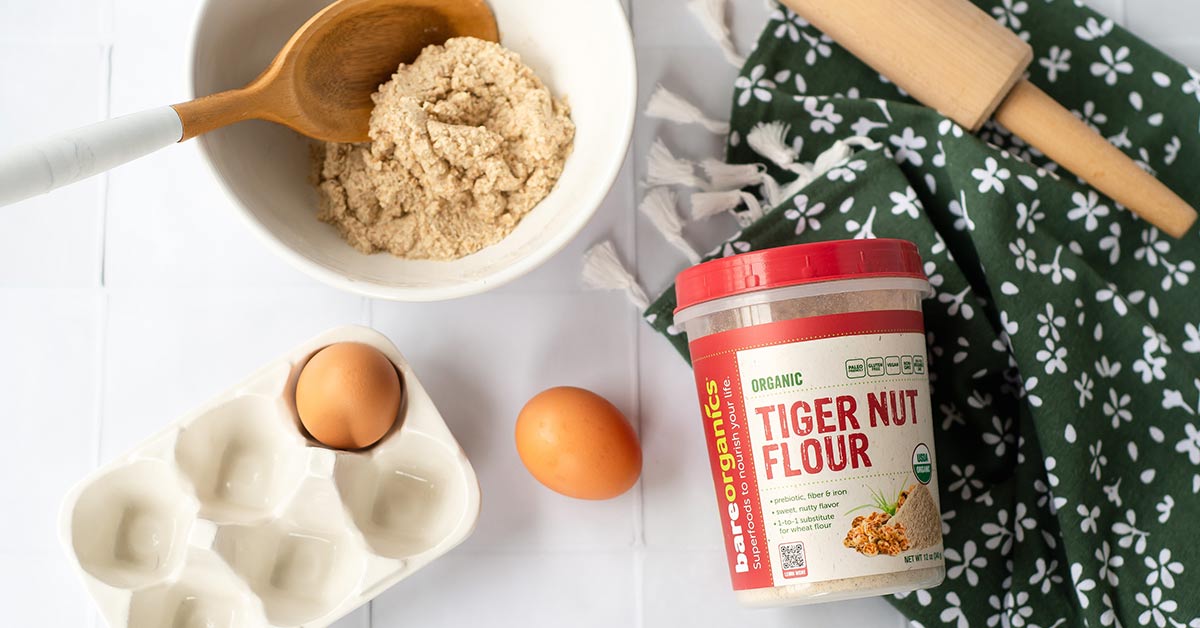 To complement its range of functional foods, powders and tinctures, BareOrganics has launched a range of functional flours available in the varieties of tiger nut flour, coconut flour and chia seed flour. According to the brand, the three new offerings are “healthy, grain-free substitutes for other baking ingredients such as eggs, wheat, and grain flour.” The BareOrganics Functional Flour Collection is available on Amazon.com for $9.95 to $19.95 per 12 oz. container. 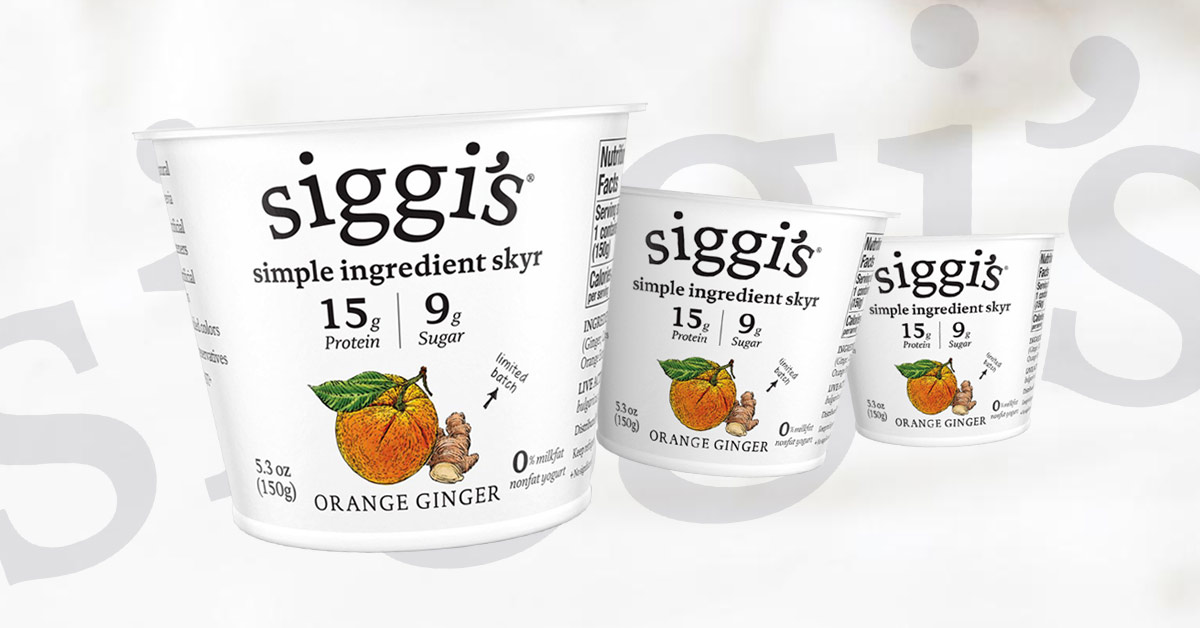 A sure sign that summer is almost here, Siggi’s has relaunched its seasonal Orange Ginger flavor. Each 5.3 oz. cup contains 16 grams of protein and “has a delicious citrus flavor and zings of ginger.” The seasonal flavor is available online and at select retailers such as Target and Whole Foods. 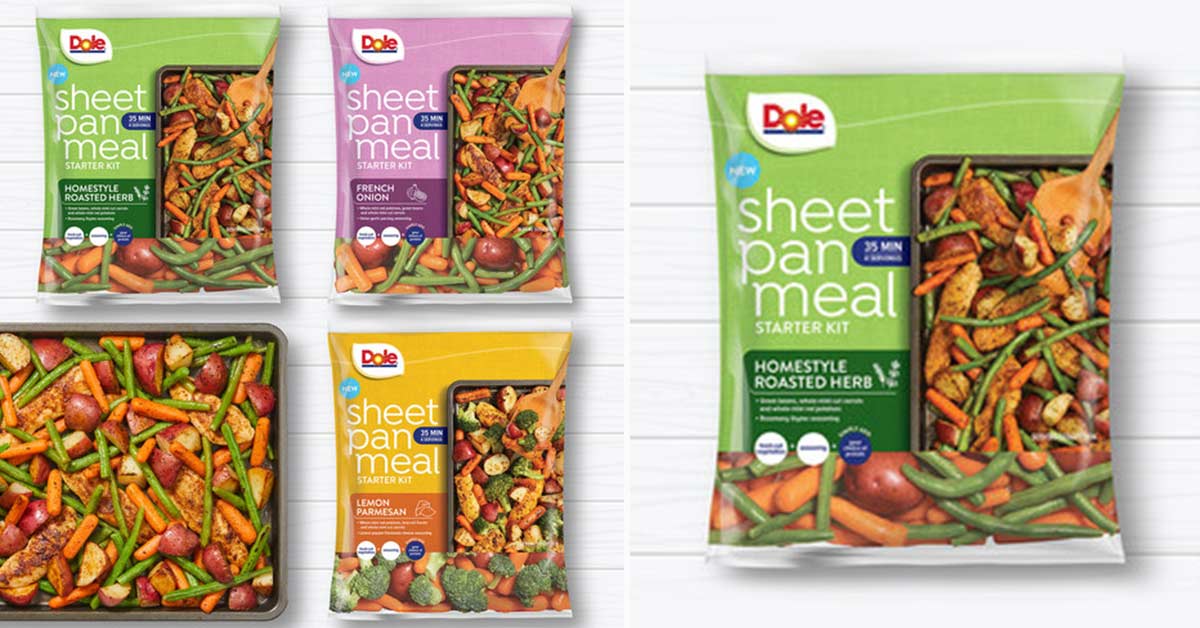 Dole taps into Pinterest’s favorite dinner trends with the launch of its new Sheet Pan Meal Starter Kit collection. The kits combine ready-to-roast vegetables with seasoning packets and are available in Homestyle Roasted Herb, French Onion and Lemon Parmesan varieties. Each kit feeds a family of four. Dole Sheet Pan Starter Kits are available in the frozen vegetable section for $6.99 per 21.1 oz. bag. 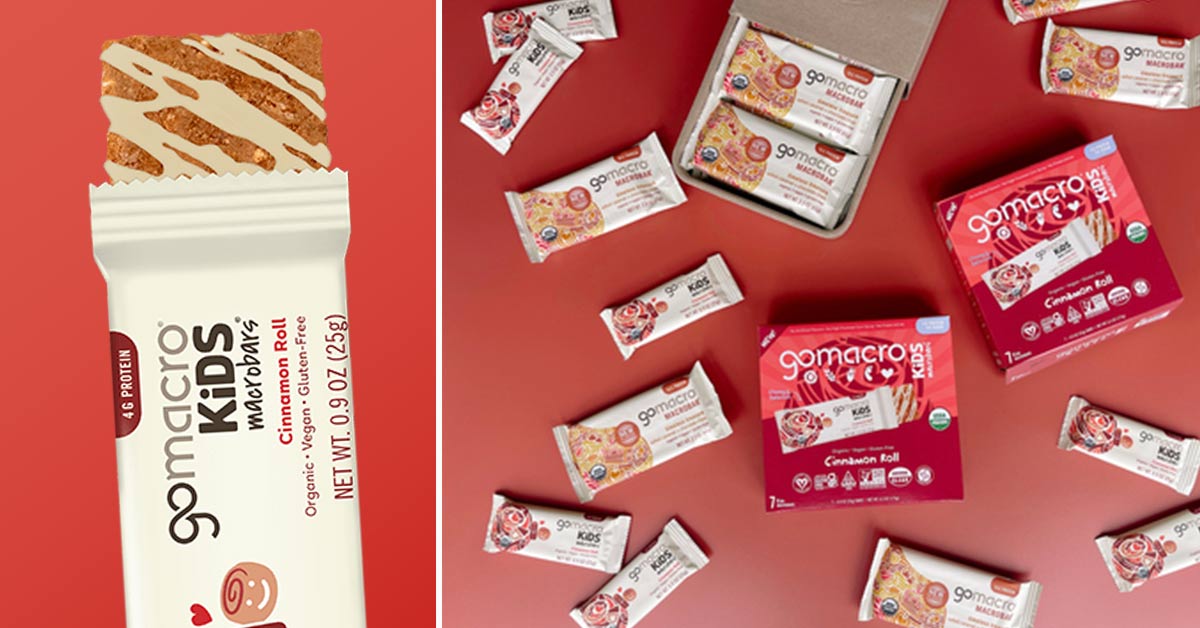 GoMacro has expanded its line of plant-based protein and nutrition bars with two new additions: Salted Caramel + Chocolate Chip Macrobars and Cinnamon Roll Kids Macrobars. The former has a base of smooth almond butter and coconut milk blended with sea salt, chocolate chips, and vegan caramel, while the latter is a better-for-you iteration of a weekend treat. comfortable, the two new varieties are available online and in stores nationwide. . 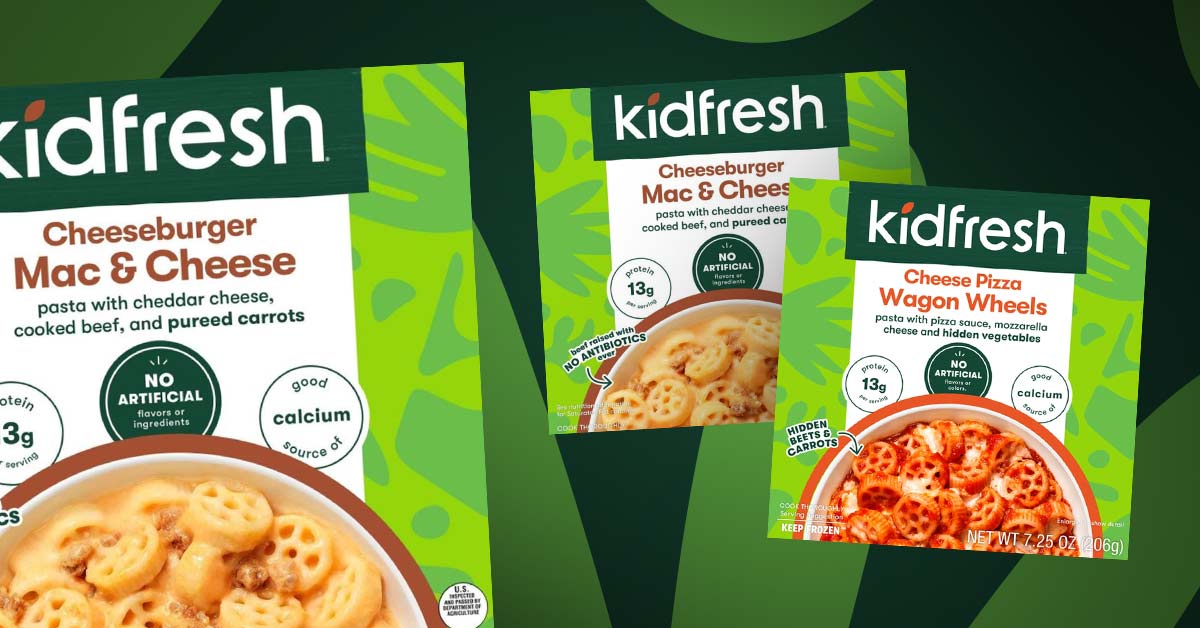 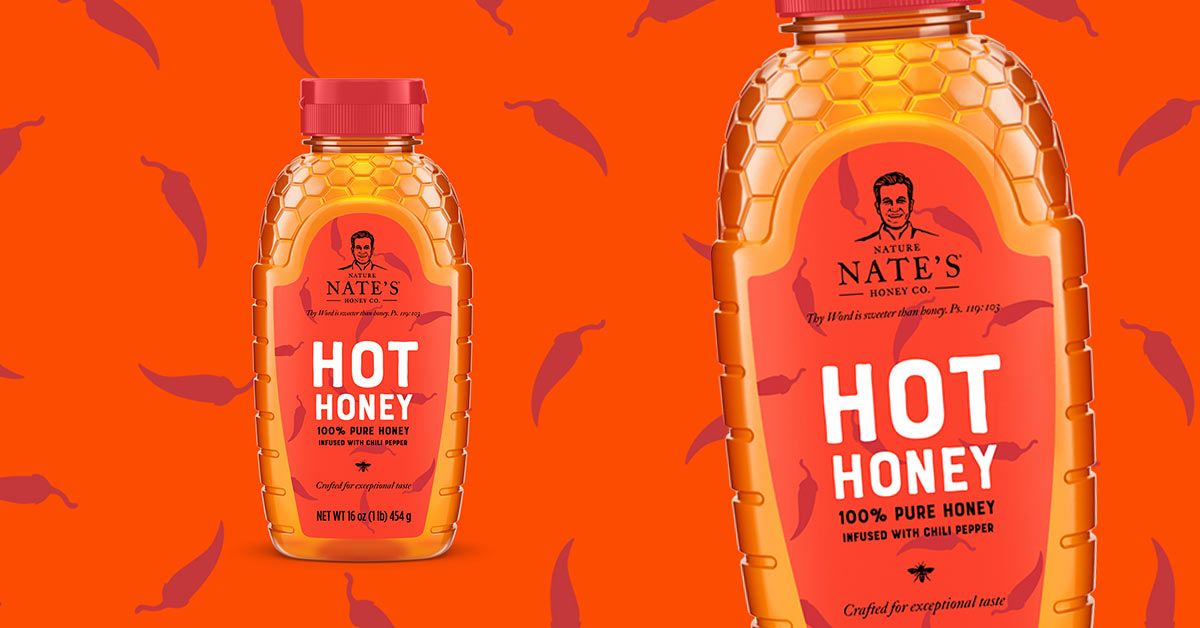 City analyst Jim Suva saw “several positive drivers” for Apple Inc. (NASDAQ: AAPL) products and services despite geopolitical risks and consumer concerns. Suva saw the iPhone maker declare an $80-90 billion buyout while increasing its dividend by 5-10% in second-quarter results. Apple still had more than $200 billion in cash on the balance sheet and […]

ATLANTA (CBS46) – New products attract curious customers to ATLRx in Atlanta. Management said they were trying to keep up with demand after they recently started selling cannabis compounds new to the market and new to Georgia. “When we talk about the new buzz, they’re all called cannabinoids, so they’re different compounds from cannabis,” said […]