Whether you’re looking for Happiness, Tiger Blood, or something in between, we’ve got something for everyone this week.

Sparkling water brand Sanzo is celebrating the Lunar New Year with the release of its new flavor: Ginger Yuzu, available in 12 oz. cans. 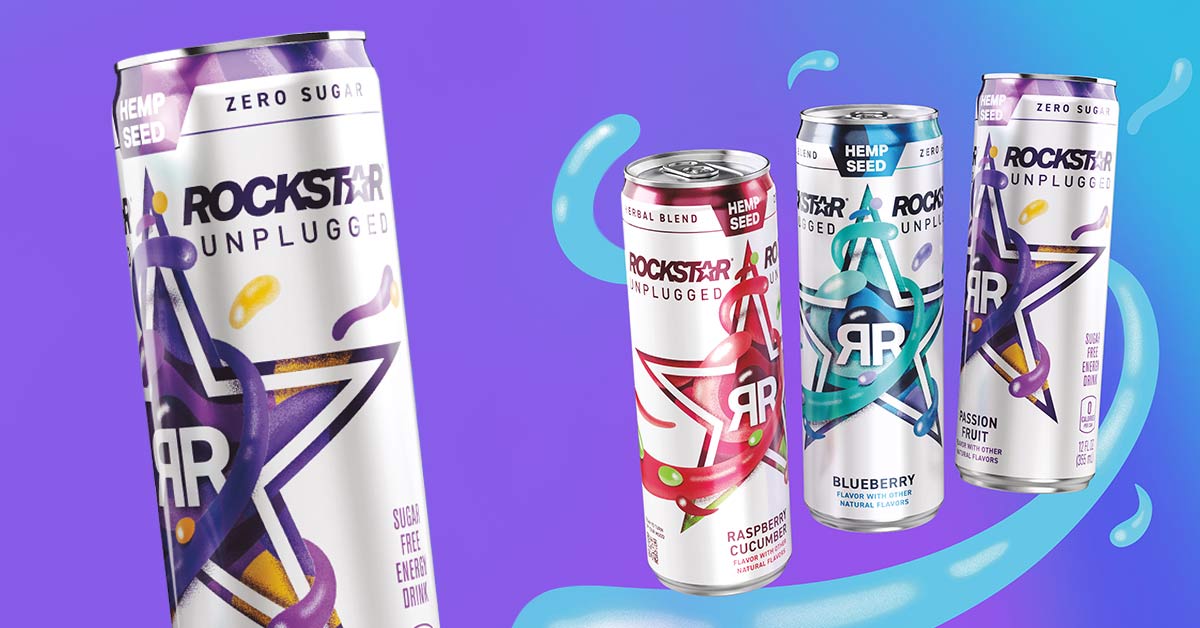 Rockstar’s latest release – Rockstar Unplugged, available in blueberry, passion fruit and raspberry cucumber – takes the company in a new direction that aligns with PepsiCo’s broader energy drink strategy, as premiered times at NACS 2021. Packaged in 12 oz. slim cans (MSRP $1.99 each), the drink is geared towards downtime occasions with the addition of hemp seed oil, spearmint and lemon balm to offset the 80mg of caffeine and B vitamins. The launch will be supported by a partnership with MTV’s Unplugged live concert series. 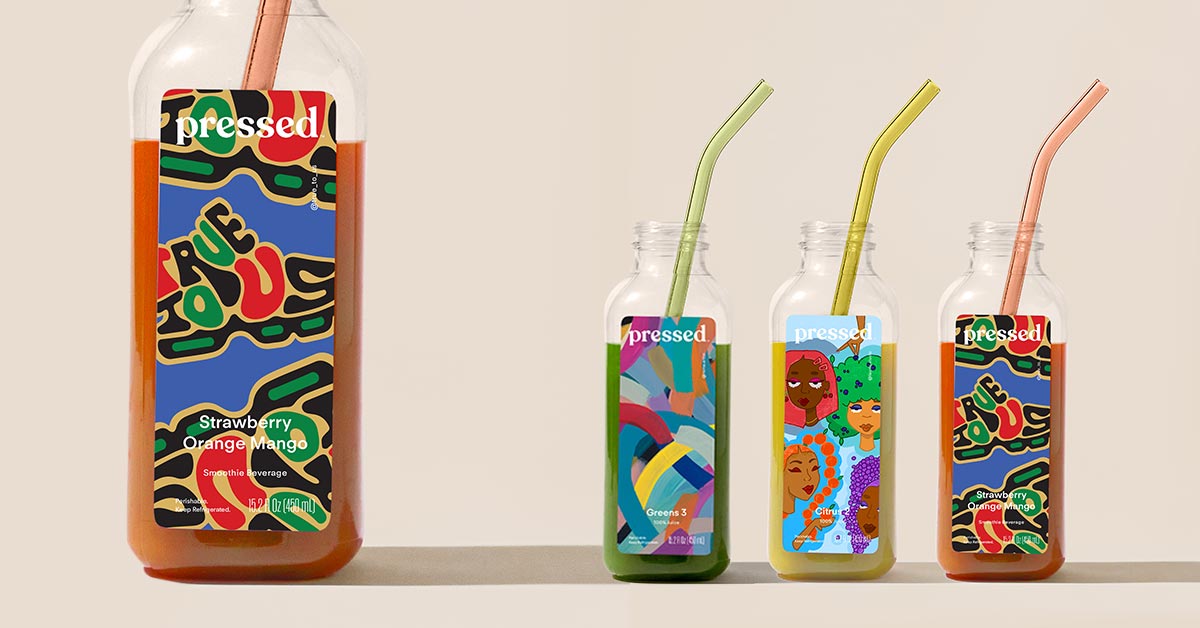 This month, Pressed is working with three black female artists – Jourdan Ash (New York), Roma Osowo (Dallas) and Uma Leoni (Los Angeles) – on a project to benefit local community refrigerator programs and awareness of food accessibility. The juice maker and retail chain is releasing three limited-edition labels and tote bags designed by the artists that showcase their experiences and draw attention to the issue of food accessibility in the United States. The limited-edition tags and bags will be available for purchase in-store and online throughout February. 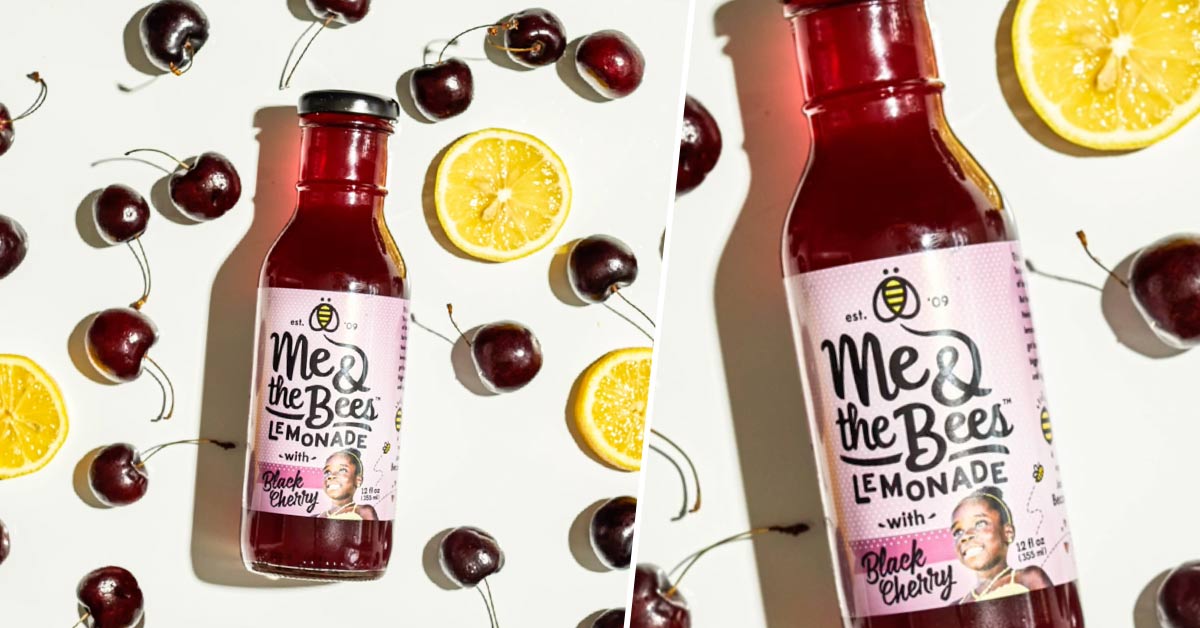 Lemonade Me & The Bees

Me & The Bees Lemonade celebrates black heritage and supports excellence in social entrepreneurship this month with the launch of its latest flavour: Black Cherry. A percentage of sales of each 12 oz. bottle of the new flavor sold during the month of February will fund a new social entrepreneurship workshop for young people created by World of Money in collaboration with Me & the Bees founder Mikaila Ulmer. 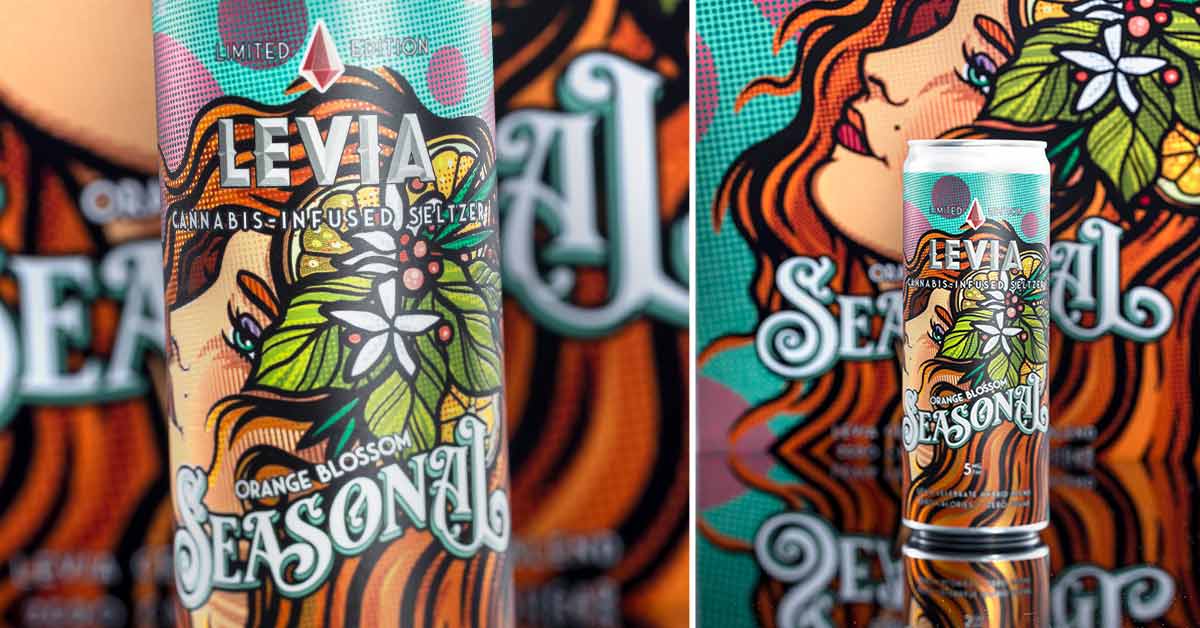 New England may still be in the depths of winter, but Massachusetts-based cannabis seltzer brand Levia is already eyeing sunnier days with the release of its new spring seasonal flavor, Orange Blossom. The Seltzer contains a hybrid cannabis blend (5mg THC) for a balanced experience, and an original can designed by local artist Keever. Orange Blossom (MSRP $7 per 12 oz box) will hit 140 licensed dispensaries across Massachusetts on February 7. 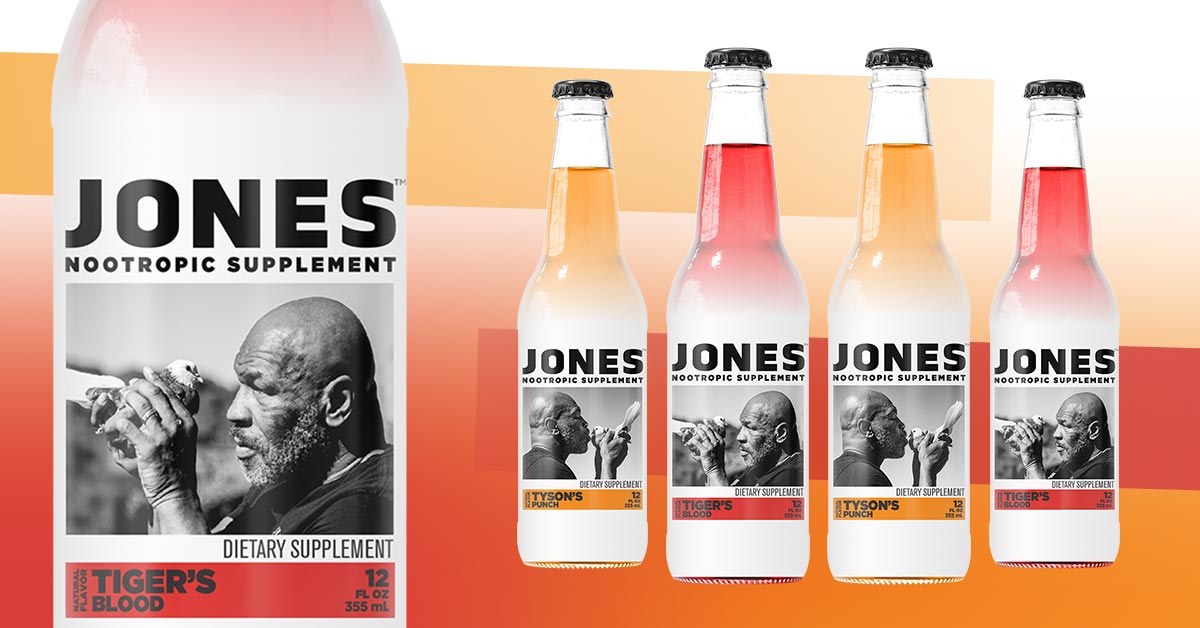 Jones has an existing interest in the cannabis market, but his latest product — a collaborative release with life sciences company Wesana Health and legendary heavyweight champ Mike Tyson — offers a different kind of functionality. Launching this quarter, Jones Nootropics is a line of liquid supplements “designed to promote focus, clarity, and support brain health” via a proprietary blend of nootropics and adaptogens, which will debut in two less-than-subtle flavors: Tyson’s Punch and Tiger’s Blood. 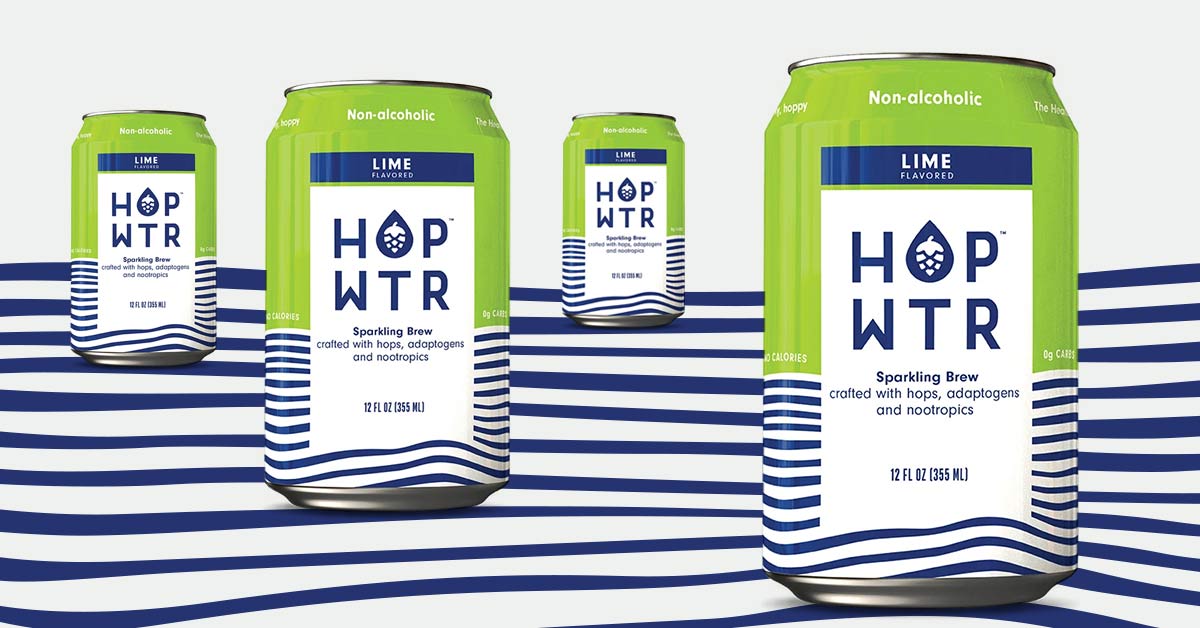 Hop-infused sparkling water has become a growing segment in the zero-proof space over the past 18 months, with California-based HOP WTR being an early proponent of the category. Now the brand introduces Lime as its new flavor, joining existing classics (unflavored), Blood Orange and Mango. The presence of Citra, Amarillo, Mosaic and Azacca hops provide the flavor and freshness of an IPA, while the addition of ashwagandha and L-theanine give it an extra functional boost. Now available on HOPWTR.com, goPuff and Amazon, and at all Erewhon BevMo! and Foxtrot pitches. 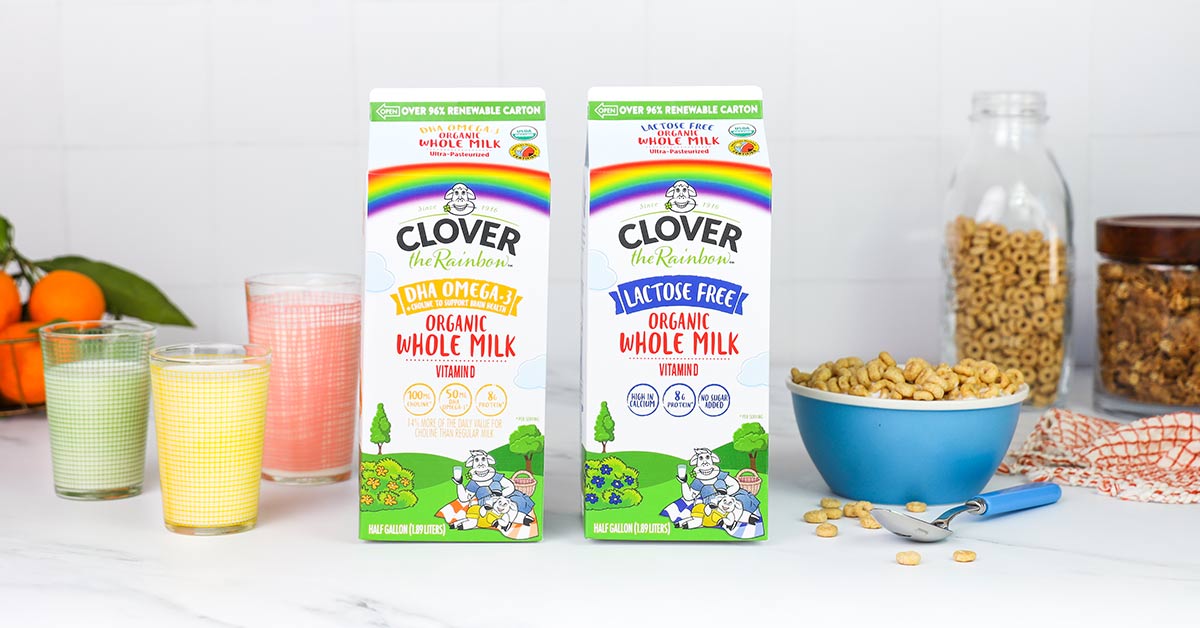 As seen with Chobani’s recent move into space, dairy farmers are looking to easy-to-digest milk as an opportunity to boost growth that can offset declines elsewhere. In the case of California-based Clover Sonoma, that took the form of two new organic products in 64 oz. cartons – lactose-free and DHA omega-3 organic whole milk with choline organic whole milk, the latter marketed as helping to “boost memory, mood and cognitive development” in children. 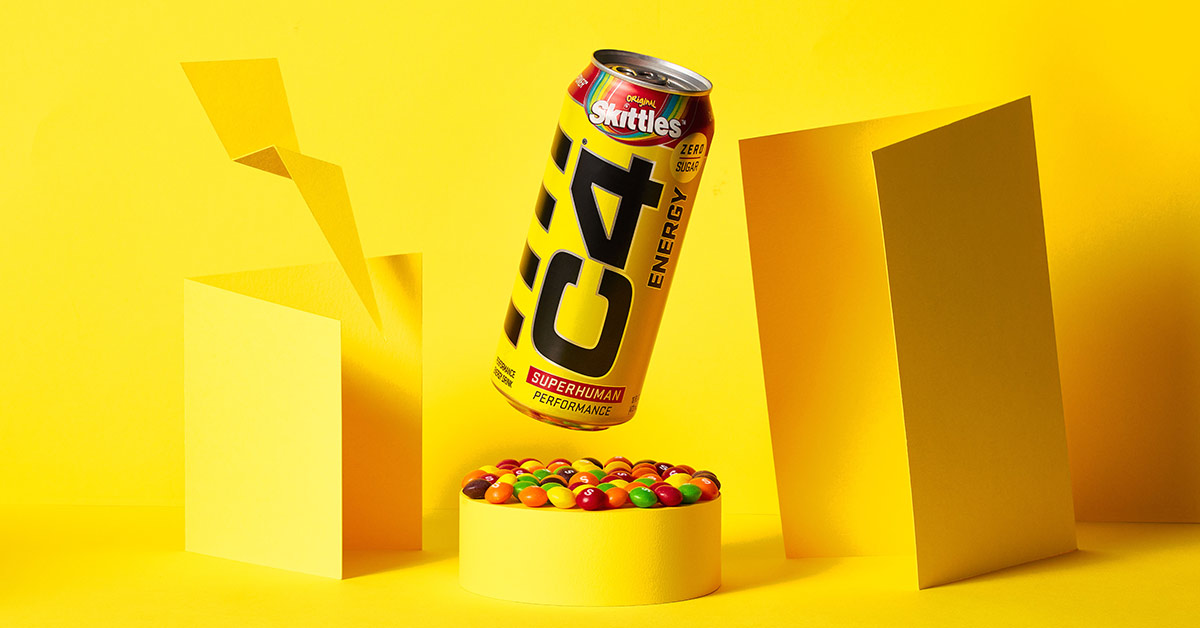 After teasing the line earlier this year at NACS, C4 has officially released their Skittles flavor in 16oz. cans, the second release of a licensing partnership with iconic candy brand Mars. 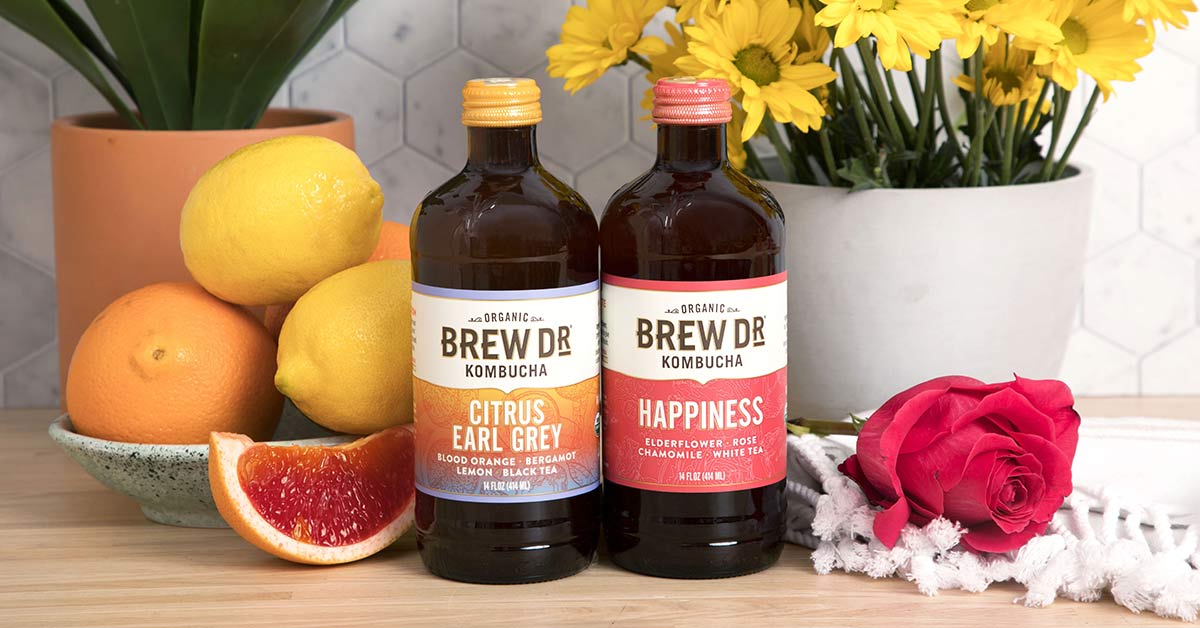 Happiness never goes out of style, or so it seems. Brew Dr. has relaunched Happiness, one of its original kombucha flavors, with an updated recipe and a “taller” flavor profile of white tea with elderflower, chamomile, hibiscus and rose petals. Another nod to its teahouse roots, the brand is also launching Citrus Earl Grey, made with blood orange, lemon and orange peel. 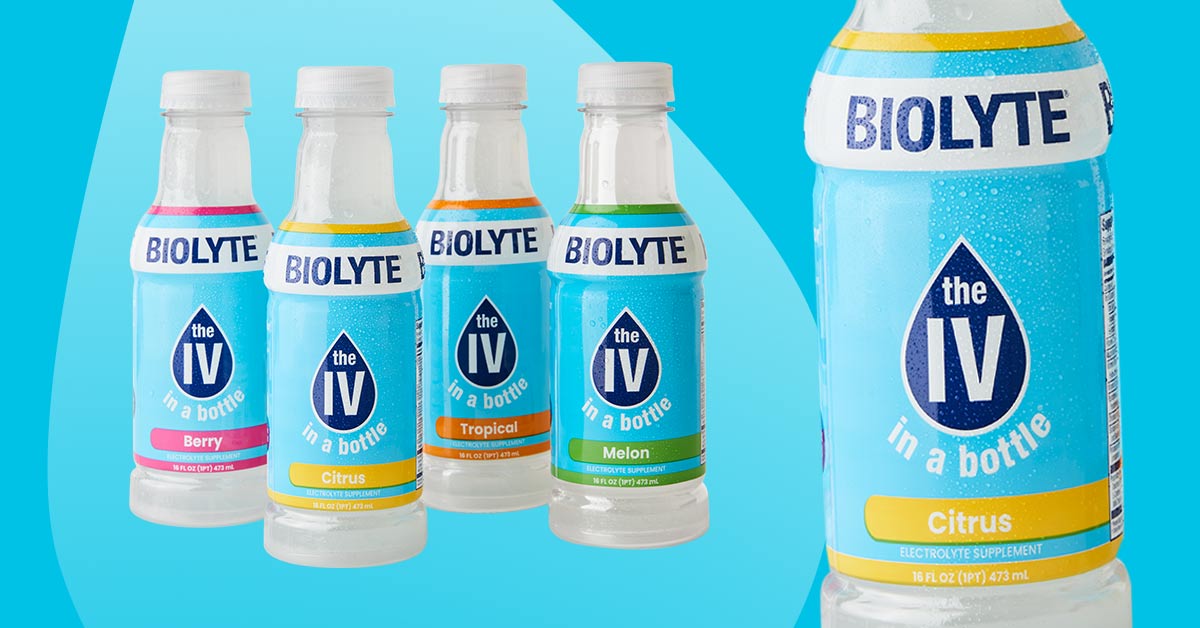 Billed as a doctor-formulated “IV in a bottle,” BIOLYTE fast-hydrating drink launched its latest flavor, Melon, earlier this week. The product is available in 16 oz. bottles online and at select retailers, and is designed to help relieve headaches, fatigue, and nausea associated with severe dehydration. 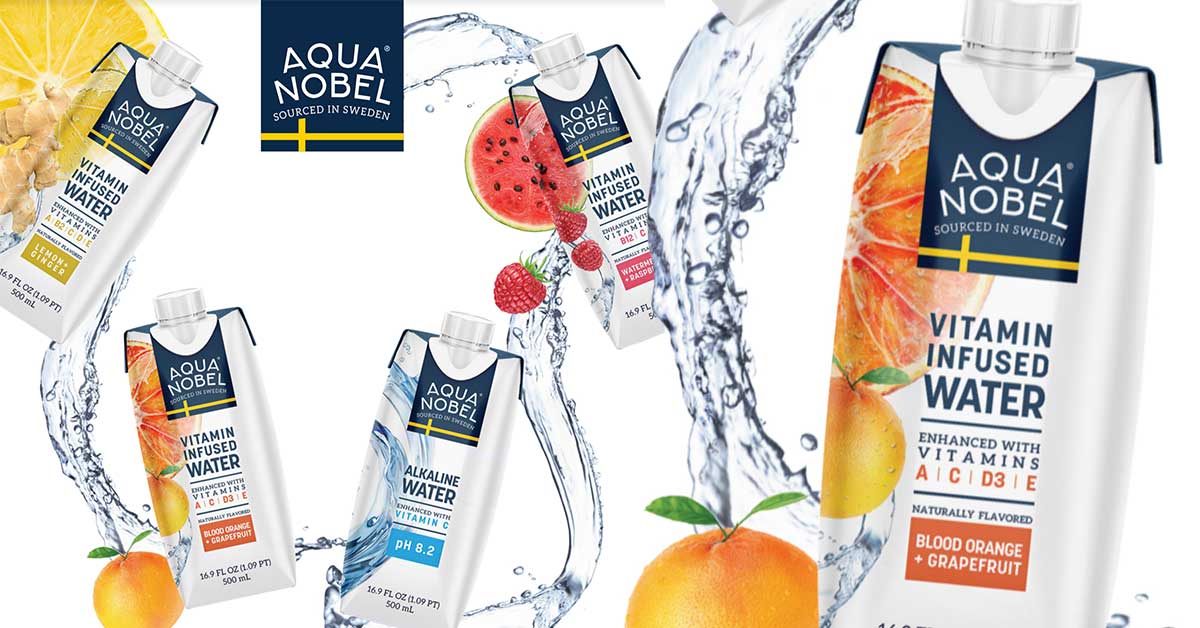 World Finer Foods has announced the launch of Aqua Nobel, a new line of source-bottled alkaline water in Sweden. In addition to its pure water, Aqua Nobel offers three varieties of vitamin flavors: Lemon + Ginger, Watermelon + Raspberry and Blood Orange + Grapefruit. All packaging materials have been certified as sustainable by the Forest Stewardship Council (FSC), and the cartons themselves are 76% renewable and 100% recyclable.

Friedrichshafen, Germany – Electric vehicles and sustainability create opportunities for materials manufactured by BASF SE. “We are preparing for new trends in electric mobility,” said JÃ¼rgen Becky, senior vice president of performance materials Europe, on October 13 at Fakuma 2021 in Friedrichshafen. “We are developing new safety concepts for our materials in powertrains and components.” […]

Select is editorially independent. Our editors have selected these deals and items because we think you’ll enjoy them at these prices. If you buy something through our links, we may earn a commission. Prices and availability correct at time of publication. This story is part of Select’s New & Notable column, where we highlight our […]